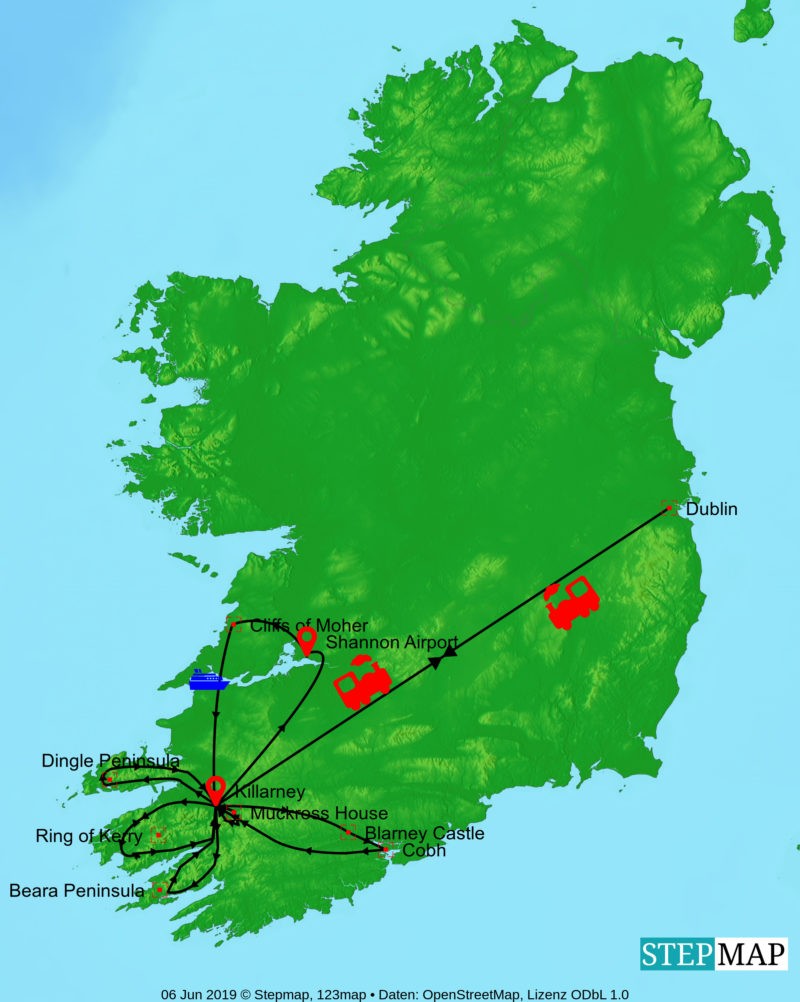 No packing and unpacking every day, enjoy the comfort of a 7 night stay in “Beauty’s Home Killarney” while experiencing some of Ireland’s most iconic attractions.

View the stunning Cliffs of Moher stretching for 8 km along the Atlantic coast of Clare.

Travel around the beautiful and world famous Ring of Kerry.

Take a trip to Cobh, visit the Queenstown Story and learn the story of mass emigration during the Great Famine. See the last port of call of the Titanic.

Visit the roads less travelled on the Beara Peninsula, one of Ireland’s best kept secrets and travel over the Healy Pass, one of the Ireland’s most scenic mountain drives.

Travel by train to Ireland’s lively capital city of Dublin and enjoy a city tour.

Tour the Dingle Peninsula, once cited as the most beautiful place on earth by National Geographic and enjoy the stunning views on Ireland’s Wild Atlantic Way.

This itinerary can be customized and tailored to your group’s requirements. 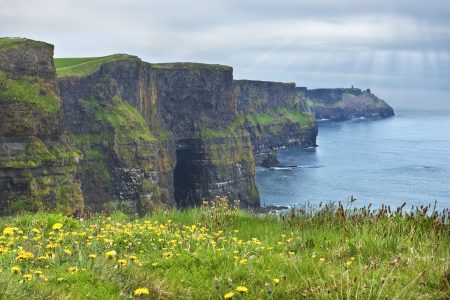 Following arrival at Shannon Airport, we will be met by our Driver Guide and escorted to our awaiting motorcoach.

This morning we travel to Lahinch, famous for its golf course and continue to the majestic Cliffs of Moher, standing 214m (702 feet) at their highest point; they stretch for 8 kilometres (5 miles) along the Atlantic coastline. O Brien’s Tower stands near the highest point and has served as a viewing point for hundreds of years.

Following some time to view the cliffs, we will travel to Killimer and board the Shannon Ferry for a 25 minute sailing across the Shannon Estuary to Tarbert. We continue to Killarney, known as “Beauty’s Home” for a seven night stay. Before checking into our hotel, we will enjoy a panorama tour of Killarney and the local places of interest. This evening we will regroup with our fellow travelers and enjoy a welcome dinner in our hotel. 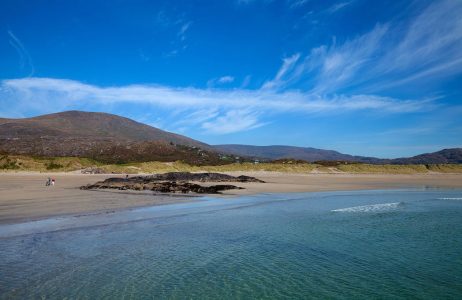 Today we embark on one of Ireland’s most famous tours – The Ring of Kerry. Our first stop this morning will be the Kerry Bog Village where we will visit little thatched cottages and see how people lived in Ireland many years ago.

We continue through the wild and rugged landscape of the Iveragh Peninsula while enjoying some breathtaking views of the Atlantic coastline. We will stop in Sneem and have lunch in the Old Bank House, a privately owned Georgian house filled with antiques and old world charm in the heart of one of Ireland’s most picturesque villages. Our tour then winds its way to Molls Gap and the Ladies View before returning to Killarney. 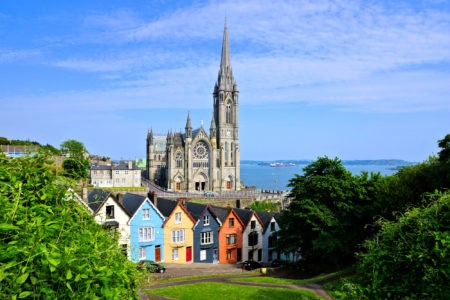 This morning we travel to Cobh – one of the main points of emigration during the Great Famine. Here we will visit “The Queenstown Story”, which portrays the hardship of life on board ship as it sailed to the “New World”.  Annie Moore, the first ever emigrant to be processed on Ellis Island when it officially opened on 1st January 1892 left from Cobh with her two brothers. Cobh was also the last port of call of the Titanic.

From here we continue to Blarney where we will visit Blarney Castle and Gardens. We can climb the spiral stairs to the top of the castle and kiss the famous Blarney Stone said to bestow the gift of eloquence on all those who dare. As we make our way through the castle grounds, we can also visit the Castle Gardens and Rock Close. We will also have some free time in the town of Blarney to visit some of the local pubs or shop in the Blarney Woollen Mills before returning to Killarney. 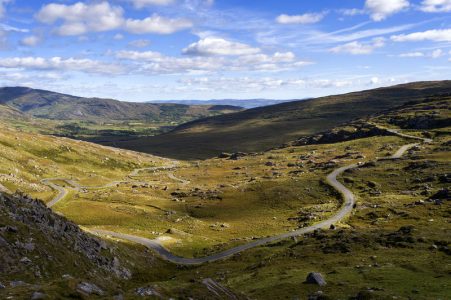 This morning we travel to Kenmare and continue over the Caha Mountains, with some beautiful views of Bantry Bay in the distance, to Glengarriff. From here we travel along the southern side of the Beara Peninsula which extends south westwards between Bantry Bay and the Kenmare River.

The Beara Peninsula is one of the lesser known peninsulas and also one of the best kept secrets of the southwest of Ireland. We will travel over the Healy Pass, built as a famine relief scheme in 1847. This is one of the most scenic mountain drives in Ireland and rises to a height of 334 metres above sea level. We will continue to the picture-perfect setting of Kilmackillogue Harbour and have a lunch stop in Teddy O’Sullivan’s Pub.

On our return journey we will stop in Kenmare, an example of one of Ireland’s few planned towns. Kenmare and its Gaelic name Neidin (Little nest) so named because of its fine setting nestling as it does among the mountains of Cork and Kerry. From here we return to Killarney. 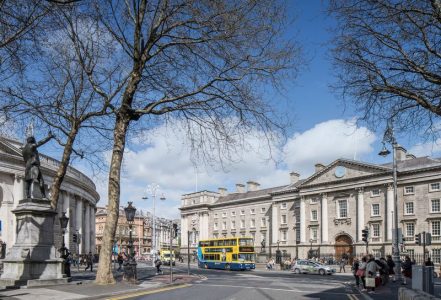 Today we board a train and travel to the capital city of Dublin. We will enjoy breakfast on the train while viewing the gentle green rolling pastures as we journey across the Irish midlands to Dublin.

On arrival we will be escorted to our awaiting motor coach for a tour of Dublin City, founded as a Viking settlement and has been home to the Irish Parliament since the creation of the Irish Free State in 1922.

On our tour, we will see the Georgian Squares with their 18th Century houses, St. Patrick’s Cathedral, the Phoenix Park (biggest town park in Europe), statue filled O’Connell Street and the fashionable Grafton Street. We will also see Trinity College which houses the Book of Kells. We will have some free time in Dublin City before boarding the train for our return journey to Killarney. 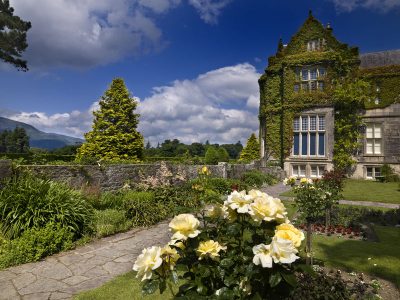 This morning we will travel in traditional style on board an Irish Jaunting Car to the Killarney National Park. Our journey winds its way through some of the oldest oak forests in Ireland and by the famous Lakes of Killarney to Muckross House and Gardens. Here we will have a guided tour of this Victorian mansion built in 1843 and is one of Ireland’s leading stately homes.

On returning to Killarney, the remainder of the afternoon is free to enjoy a stroll through the charming town of Killarney with its many shops, pubs and restaurants or enjoy the hotel’s leisure centre.

For those who enjoy a game of golf, there are two 18-hole championship courses and two 9-hole courses within 10 minutes of Killarney. Other leisure activities today may include bike riding, guided walks or fishing. 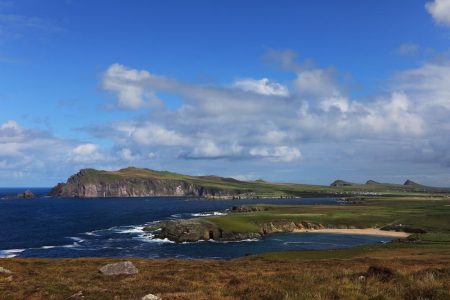 Today we will enjoy the unspoiled beauty of the Dingle Peninsula, once cited as ‘the most beautiful place on earth’ by the National Geographic.

We will stop at the Brian de Staic studio in Dingle which specializes in Celtic jewelry, handcrafted and engraved with ancient Celtic symbols and the letters of the ogham alphabet, an ancient Irish form of writing.

As we continue around Slea Head, we get some breathtaking views of the Atlantic coastline and see some beehive huts (early monastic settlements) dating back over a thousand years. Our tour  takes us to the most westerly point of Ireland where we can view the Blasket Islands.

We will also see some of the locations for such films as Ryan’s Daughter, Far and Away starring Tom Cruise and Nicole Kidman and the more recently filmed Star Wars. The Last Jedi. We will enjoy some free time in Dingle town for lunch before returning to Killarney.

Today sadly we bid farewell to The Emerald Isle. We  travel to Shannon Airport for our flight home with fond memories and newly acquired accents and many stories to relate to family and friends. 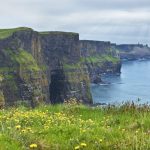 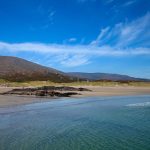 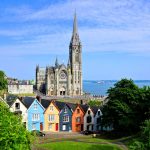 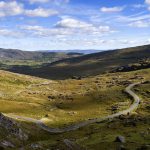 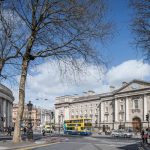 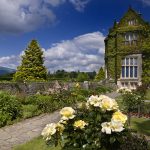 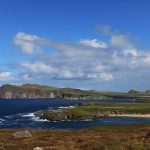 Get in touch today

Any cookies that may not be particularly necessary for the website to function and is used specifically to collect user personal data via analytics, ads, other embedded contents are termed as non-necessary cookies. It is mandatory to procure user consent prior to running these cookies on your website.